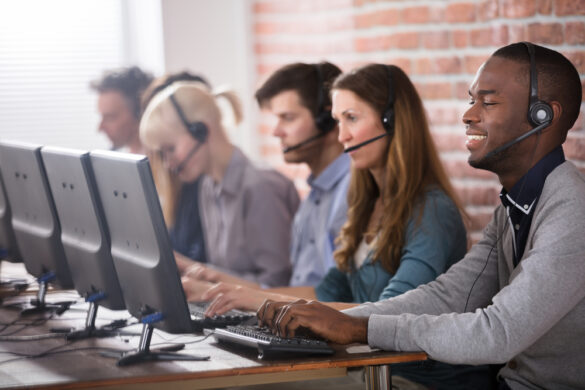 Inflation has dominated the financial news landscape in 2022. In many markets, the consumer price index (CPI), has reached its highest point in a generation. This growth in the cost of ‘things’ also applies to software.

Almost every organisation has come to rely on SaaS to conduct business, from communications tools like Slack and Zoom to productivity suites like Microsoft 365 and Google Workspace, as well as department-specific platforms like Atlassian, Workday, NetSuite or Salesforce.

This is according to a report on SaaS inflation pricing from Vertice, a SaaS purchasing and spending management platform.

Spending on SaaS products grew more than tenfold between 2010 and 2020, from $13b to $157b annually. Investment accelerated even faster at the onset of the coronavirus pandemic, as companies raced to support remote working. SaaS spending increased by 26% in the months following the initial lockdown in 2020 and has only continued to grow in the years since.

Unlike many other significant overheads, like payroll and rent, the selection, management and renewal of SaaS are decentralised in nearly every organisation. This is for a variety of reasons, but buying power plays the most important role. Buying power typically sits across several individuals and departments, with finance leaders managing budget requirements, IT teams assessing systems and compliance considerations, and department heads selecting based on functionality. It’s a complex web of decision making and, even with the best intentions, it can be a struggle to gain a single view of all of the SaaS products a company uses.

This ‘wild west’ of a cost centre is a significant problem when the share of the total cost is considered. A growing percentage of all expenditures for businesses goes to SaaS, with around 12.7% of total spending now used on software investments. That means $1 in every $8 that modern organisations spend is now dedicated to SaaS. To translate that into dollars — as of 2022, companies spend around $3,112 per employee each year on SaaS. This figure rises to $4,552 for technology companies, who spend more than firms in any other category.

It has taken only five years for average SaaS spending to double. Based on the economic inflation rate over the same period, it would take 18 years for the cost of SaaS to double. This growth has far outpaced the rate of general economic inflation, even after factoring in recent periods of an uncharacteristically high CPI.

Clearly, the impact of SaaS in terms of productivity, collaboration and inclusion has been significant – but the accompanying cost has also been quietly spiralling upwards.

Analysis of more than 10,000 SaaS contracts shows that 74% of vendors have increased their list pricing since 2019. Among the quarter of vendors that have not, almost all have reduced the size of the average discount afforded to customers – effectively raising the spend without touching the list price.

Joel Windels, VP of marketing at Vertice, said: “It’s become clear that not only is SaaS critical to modern businesses, but also that it represents a growing cost centre that can rapidly spiral out of control without strategic management. Even without investing in new tools or added licences, the data shows that spending on SaaS is exploding. With an uncertain economic outlook for 2023, finance leaders absolutely have to start taking a more considered approach to SaaS spending if they are to maintain growth and streamline their operations”

Mangata Networks to set up space engineering, manufacturing and operations hub in Scotland

OpenAI Chief: Individuals are ‘asking to be disheartened’ about GPT-4